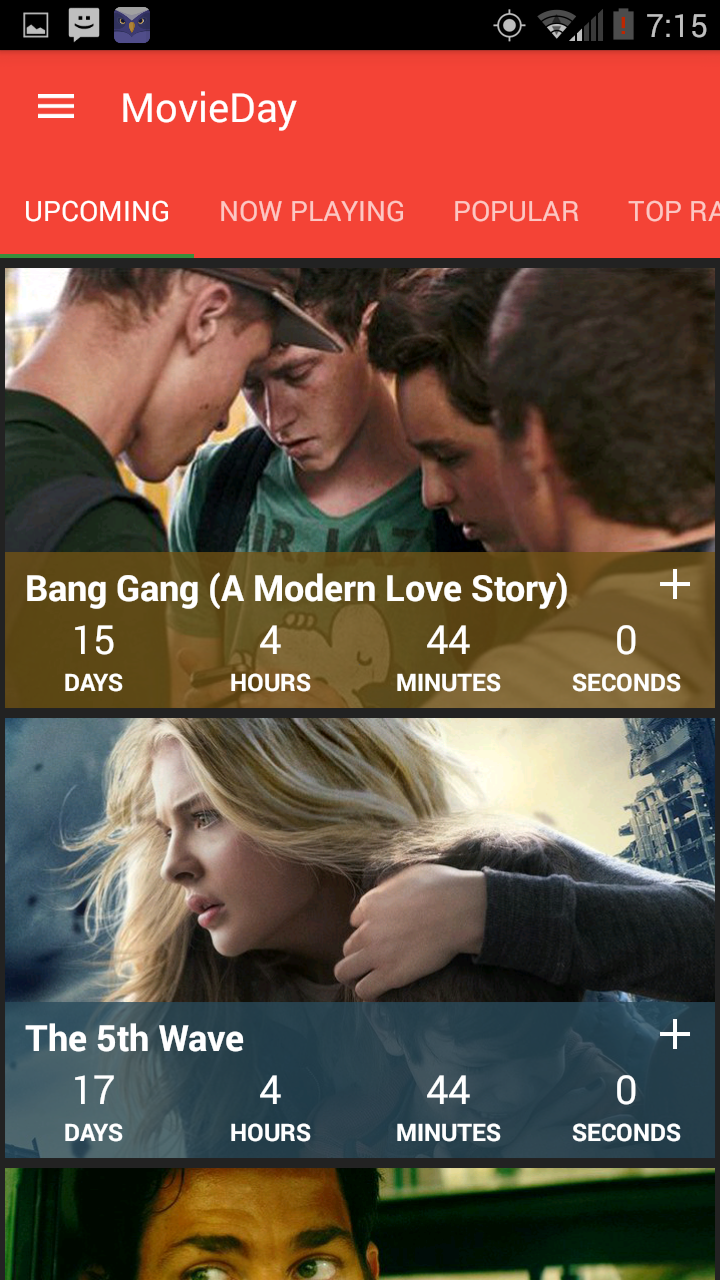 MovieDay One of the best things of this 20th century, IMHO, is movies. They’re fun, relaxing and unimaginably marvelous works of art. Nowadays movies cooler than ever are being released every now and then. Movie fans are eagerly waiting for Deadpool, Star Trek: Beyond, etc. to release. Some will release in summer of 2016, others on January 1st. While I am myself a huge movies’ fan and would love to know exactly when that highly anticipated movie is coming out, I would find it cumbersome to have to count how many days to go for Deadpool to release (let alone hours, minutes & seconds).

How to Track Your Favorite Movies with MovieDay

Guess what? MovieDay Countdown Movie List does that for you. It basically tracks your favorite movies.

With a beautifully designed user interface, MovieDay is an Android app of its kind. Aside from tracking movies you love, it serves a handful other features:

MovieDay has “Watched” and “Want To Watch” lists, so you keep the two separate. Its key feature is a countdown timer that is as specific as days, hours, minutes and even seconds till the movie’s first day. Plus what’s a countdown timer if it doesn’t notify you when a movie’s close to release? Well, MovieDay has got you covered; it notifies you of movies opening current week and when the countdown timer for a movie reaches zero. Each movie has its own set of colors, plot synopsis and more.

A few screenshots of MovieDay:

If there have any issue or problem must contact us.