Everybody wants to be popular on social networking websites. And so you know that Instagram is one of the most engaged social networks in the world, with almost 1 billion active users right now. In this short post, I am going to share a good tip that will be on Instagram Likes – Followers – Instagram Account Most Worldwide Followers.

Instagram can be used as a tool to promote brands, businesses, and individual accounts. A place to engage with different communities. So, on Instagram, people want to have more followers on their account and more likes on the post they are posting.

This trendy thing called Instagram been around for a few years, quietly been recognized thanks to everybody’s new obsession with mobile photography. Instagram is a social networking application made for sharing pictures and videos from a smartphone.

When you post a photo or video on Instagram, it will be displayed on your profile. Other users who follow you will see your posts in their news feed. Similarly, you’ll see posts of the users in your news feed whom you choose to follow.

Also known as IG or Insta. It is a photo and video-sharing social networking service, owned by Facebook, Inc. It was created by Kevin Systrom and Mile Krieger.

Instagram was exclusively launched for iOS first, in October 2010. And then the Android version was released after one and a half year later in April 2012.

Instagram services were originally distinguished by only allowing all the content shared by the users in the framed square (1:1) aspect ratio. In 2015, these restrictions were eased.

The services also added a messaging feature, adding multiple images or videos in a single post, as well as “Stories” as in Snapchat. That allows users to post photos and videos to a sequential feed. Each post posted in the Story feed will be available for visibility to other users added in your account for 24 hours only.

More the followers, more the popularity. More likes, more popularity. Users have started to make money on Instagram with its popularity. It is a fact that especially well-known people of the world earn from these social websites just for being so popular.

Take an example of Kylie Jenner, recent reports tell us that she makes $1 million per Instagram post! Woah! That is so much of money per post only.

This is one of the reasons that people want to be popular on Instagram. And earning money though it has been a dream for so many people.

Using tags, posting on a daily basis, interacting with other users, sharing impressive photos that other people may like, following trending topics are the legit ways of increasing Instagram followers and likes.

There are effective, fast and safe systems that can help you get as many likes as you want and increase your followers on Instagram in a short time and surely with less effort.

You can search about Free Instagram Likes on Google and many services will pop up on your screen. Some of them are free and some of those services are paid.

But! keep in mind that there are many scammers out there as well. Stay safe from them, if they get you, you can lose your Instagram account as well as your data. Stay safe and enjoy.

Simple Tips on How to Get More Followers on Instagram;

Using any social network without a clear plan or strategy leads to wasted resources and low return on investment.

Think about why you want to get more Instagram followers, maybe you want to:

Staying focused on these business-oriented goals will help keep your Instagram account consistent. It will help you tell a compelling story that appeals to new profile visitors and helps build a loyal following.

No matter what you want to achieve, make sure to maintain a consistent brand personality, visual look, and story.  Your posts should be easily recognizable and relatable at a glance.

Your profile is the backbone of your Instagram account, and a well-crafted profile is a key to growing your audience.

Your profile needs to convince those new viewers or audience to click the follow button. They won’t do so if your profile is unclear, incomplete, or unappealing.

You can edit your profile by including:

Name: Up to 30 characters, and included in the Instagram search, so you may wish to include a keyword.

Username: Make the same username as your other social channels. This will make easier for your followers on other platforms to find you on Instagram.

Bio: 150 characters to convey your brand identity and show news visitors why they should follow you. 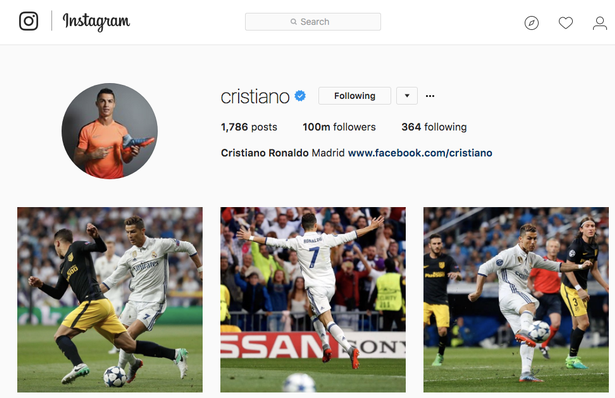 Cristiano Ronaldo is a Portuguese professional footballer who has played for Manchester United, Real Madrid, and Portugal. Along with Lionel Messi, he is regularly considered to be one of the top two players in the world.

He became the world’s most expensive player when Real Madrid signed him for 94 million Euros in 2009 from Manchester United.

is sustained performance has enabled him to break numerous records for goal scoring and has been named FIFA player of the year (Ballon d’Or) five times. He has become an iconic figure in the sport. 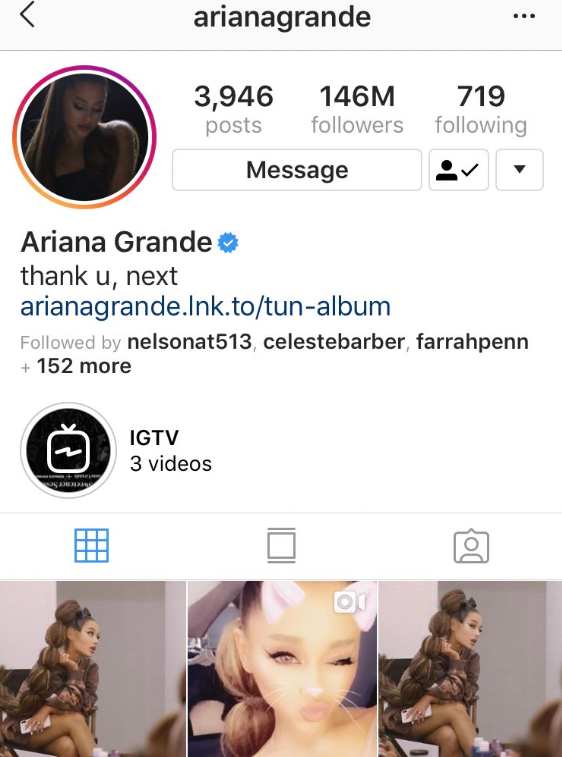 Ariana Grande was born in Boca Raton, Florida, on June 26, 1993. She is an American singer, songwriter, and actress. She is known for her wide vocal range, which critics have often compared to Mariah Carey. Ariana Grande began her career in 2008 in the Broadway musical, 13.

Ariana Grande is one of the most famous singers in the world. 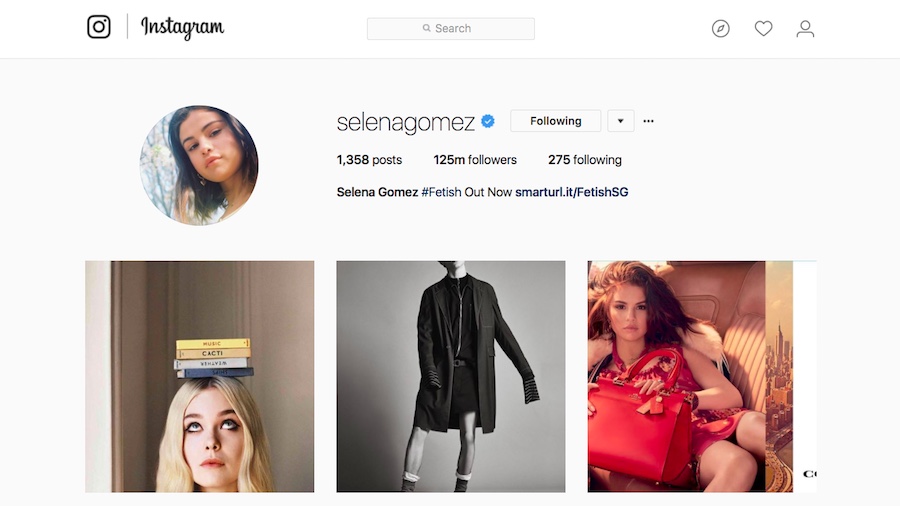 Selena Marie Gomez (born on July 22, 1992) is an American singer and actress. After appearing on the children’s television series Barney & Friends (2002-2004), she received worldwide recognition for her portrayal of Alex Russo on the Disney Channel television series and etc.

Gomez has earned numerous awards throughout her career and is a well-known singer and actress of the world.

Dwayne Johnson, known as “The Rock” worldwide. The Rock was born into a professional wrestling family on 2nd May 1972.

He rose to fame as a popular wrestling personality. And then became a box-office star. He has appeared in films including “The Scorpion King“, “Hercules” and “The Fast and Furious” franchise. In 2013, The Rock hosted and produced the TNT reality competition series The Hero. In 2014, he hosted another TNT reality series entitled as Wake Up Call.

There a lot of software, a lot of websites that are providing the services of free followers for Instagram users. There are shortcuts you can apply for free Instagram followers like buying followers or using bots.

But Instagram is really good at spotting and removing the inauthentic activity.

As I told you, to get free followers for Instagram, you can either buy them or go for a website or software that is providing you bots.

There are paid ones and free ones. But remember, you and your account can get spammed. So please be careful with it.