When you read the heading, you must be wondering about a blender that makes shakes in the kitchen! However, it is much more different and fun than that. This blender is basically a graphic art program, using which the user can make 3D artwork on their PC! 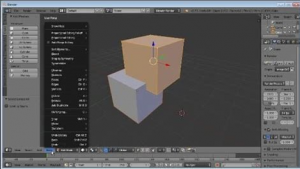 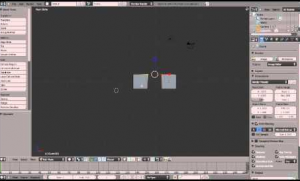 There are items and shapes that are made of connected vertices, and when two items are joined, the vertices are connected to each other.

There are ways through which the user can select these vertices, and then use keyboard hotkeys to unjoin them. A user would want to do this because, they want to edit and texture the 3D items, as separate pieces.

The kind of animation and rigging that the user can do with the help of Blender, is amazing. The software allows the user to create designs for animation, and those who have used the software for this purpose, have also received nominations and awards.

The Grease Pencil feature of this software allows the user to push the boundaries of their creativity. They can create story art using both 2D and 3D concept design. Further, the VFX feature gives the user a chance to fix object motion tracking, compositing, and even masking.

People use this software for video editing and simulation as well. The tools in the video editor are basic, but they are pretty efficient. As for simulation, the user has records from libraries like Bullet and MagnaFlow.

The user interface of the software is pretty easy to use. This is one of the reasons why people use Blender so much. If they are able to understand the features of the software, then they can use it for creative purposes.

The user can set up their shortcuts, with the help of the extensive settings menu in the software. If the user wants to do scripting, then there are tools available for that.

Now that you know how to unjoin objects in Blender, it is best to learn more about its features.

In Rendering, the user can create renders with the help of cycles, and high-end production path tracer. These renders can be included in animated movies or just movies in general, and they create a jaw-dropping effect.

In the Modeling feature of Blender, the user can use an extensive toolset, where they will be able to do things like create curves and sculpt.

Digital sculpting has become really easy with this tool because it provides the user with power and flexibility. This can be used in many stages of digital production, like sculpting a snake and highlighting its many features.

Why is Ctrl + J not doing anything?

Ctrl + J is not doing anything because it’s been assigned to the “jump to next occurrence of token” function in your text editor or word processor. If you’re not seeing anything happen when you hit Ctrl + J, then it’s likely that you haven’t highlighted any text for which Ctrl + J would be useful.

How to unjoin objects in AutoCAD?

There are a few ways to unjoin objects in AutoCAD. One way is to use the “explode” command.

This can be done by selecting the objects you want to explode and then typing “explode” at the command line or by clicking on the Explode tool on the Modify toolbar.

How to join 2 objects in Blender?

There are a few ways to join 2 objects in Blender.

The simplest way is to use the “merge” option from the “object” menu. This will merge the selected objects into a single object.

How do separate joined objects in Blender?

The easiest way to do this is to press “Shift + L” on your keyboard. This will select the linked objects and allow you to delete them or move them around as a unit.