The CNN app would alert the user when there is breaking news or important news. It is up to the user to set what kind of alerts he wants.

For example, some users would want to get alerts of pieces that are relevant to the place in which he lives.

CNN News app gives users a chance to watch the broadcasting any time and anywhere. If a user has not been able to access his television all day, then all he needs is a good internet connection to run the channel live on his smartphone. 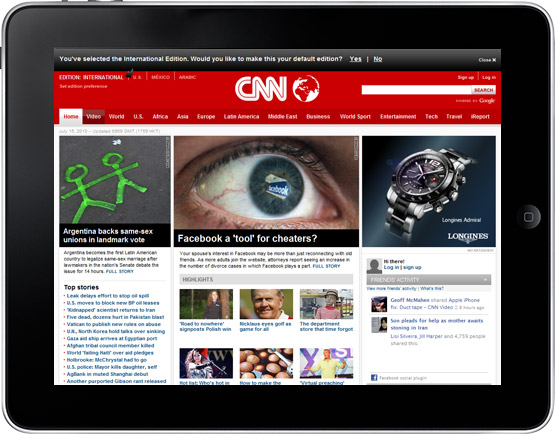 CNN News App can be very convenient for those who don’t like watching television and may feel that it is very distracting for them.

There are original series produced by CNN that are available on their app, like Anderson Cooper 3600.

There are stories that people want to share with others, and it can’t be possible when they are watching CNN on television. If they are using the CNN app, then they would be able to share articles, videos, and images on social networking websites, very easily.

CNN app would help the user get to know more about the journalists that work in CNN, and the topics which they cover.

Users would be able to stay aware of the developments in an area, and CNN News App could be particularly helpful in case the weather is bad, or a storm is predicted. Downloading the CNN app doesn’t seem like a hassle or a bad idea at all!