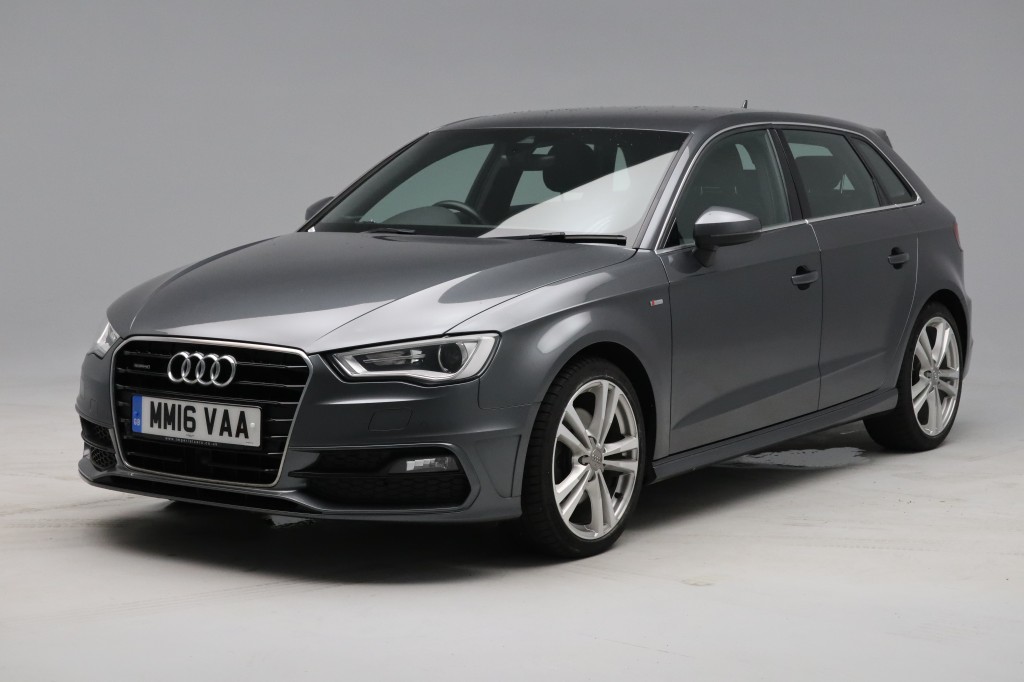 The Audi A3 is a small family/subcompact executive car manufactured and marketed since 1996 by the Audi subdivision of the Volkswagen Group, now in its third generation.

Available as either a sedan or a convertible, the bite-size A3 wraps what most people love about Audis in a handsome, tidy package.

Despite sharing its platform with the Volkswagen Golf, the A3 is a genuine Audi with all of the features, performance, and sophistication we expect from a car wearing the storied four-ring logo on its grille.

The A3’s turbocharged 2.0-liter four-cylinder is offered in two potencies -186 or 220 horsepower- and is smooth and refined.

The higher-powered version rocketed an all-wheel-drive A3 sedan from zero to 60 mph in just 5.5 seconds at the test track and still delivered 34 mpg on 200-mile highway fuel-economy test loop.

The first two generations of A3 were based on the Volkswagen Group A platform, which they share with the Audi TT, Volkswagen Golf, Volkswagen Caddy, and Volkswagen Touran, as well as SEAT Leōn, SEAT Toledo, and Skoda Octavia.

The third-generation A3 uses the Volkswagen Gropu MQB platform.

The original A3 was introduced in the European market in 19996, marking Audi’s return to the production of smaller cars following the demise of the Audi 50 in 1978.

This was the first Volkswagen Group model to use the “PQ34” or “A4” platform, bearing a close resemblance to the contemporary Volkswagen Golf Mk4, which arrived a year later. Within three years, this platform was used for a total of seven cars.

The A3 was initially available only with a three-door hatchback body, to present a more sporty image than the Golf, in both front and four-wheel drive.

The inline four-cylinder engines were transversely mounted. The Audi A3 was the eighth model in the Audi lineup to use five valves per cylinder.

Reviews of the new Audi Q3: 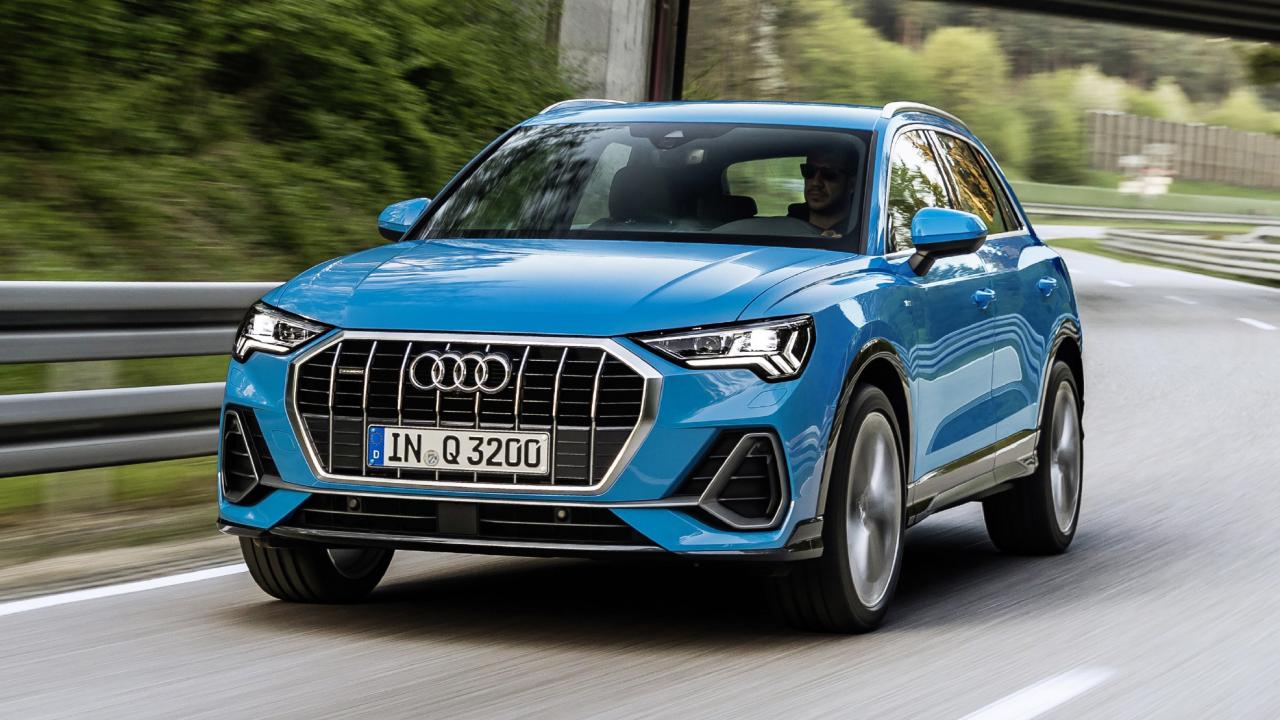 The new Audi Q3 SUV! There is for real no denying that the new Q3 model of AUDI is one the best looking SUV’s available today.

You only get one chance to make a good impression on the world, it has been said! That is true in the automotive world. It is especially applicable to entry-level luxury vehicles like the 2019 Audi Q3.

The second-generation Audi Q3’s body is bigger by 10cm, better proportioned and a lot roomier than before. It had to grow really, just to open up a gap between it and the Q2, which arrived late in the old Q3’s life and rendered it largely redundant.

The new Audi Q3 has:

The new Audi Q3 2019 model is a vast improvement over the model it replaces. On paper, it is a major upgrade. And the good news is that most of those spec-sheet upgrades translate into real benefits in the real world.

It now rides top than the Volkswagen Group’s ubiquitous MQB platform. But that does not mean that it rides and drives like a pumped-up VW Golf.

For the new Q3, another variation of Audi’s scary-goth LED eye makeup sits outboard of a socking great eight-sided grille frame and more angular front ‘intakes’ (most are actually blanks).

European Q3s are equipped with a seven-speed dual-clutch gearbox that won’t be offered in the States.

This was just a little bit of review of the MASSIVE Update to Q3 Audi. What do you think is it worth the price? Let me know in the comments. 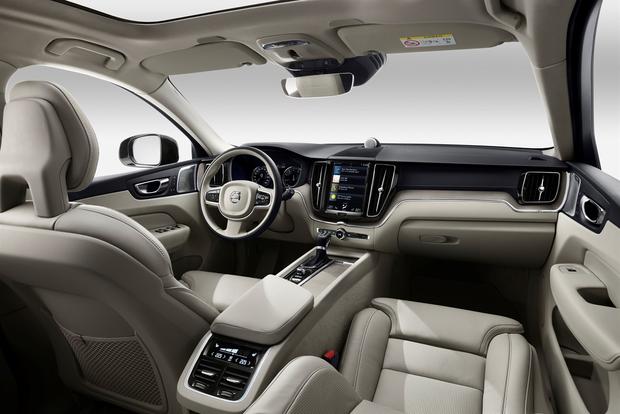 Beyond merely looking nice, a car interior also must be functional and durable. Mention automobile design and most people think of someone drawing a sketch of the exterior.

But the interior must be styled and created as well, and it requires the same level of attention to detail, as well as practicality and comfort, like anything on the outside.

“We do a lot of technical research into innovations,” says Kerstin Schmeding, interior designer for BMW and Mini. “We look at the latest trends in materials, in color and trim. The car has to fun and nice, but it also has to be functional.”

As with exterior designs, the interior begins with sketches. These are first done on paper, and then with computer-aided design (CAD). The most promising proposals then rendered in clay.

Although clay models date back to the 1930s, they’ve still considered essential, even in the age of computers.

“We need clay because it’s a physical card,” Schmeding says. “Once you see it in reality, you see things in the proportion that you don’t recognize in a virtual model.

Then you tweak it, and it’s like a dialogue between the digital and clay processes, going back and forth.”

By far, the biggest complaint people seem to have about the “progress” of interior automotive design is the replacement of the tried-and-true volume knob with a touchscreen or capacity controls.

It is doubtful that any modern volume control have attached directly to the variable resistor that prompted the design of the original dial decades ago.

But old habits die hard, and our first reaction when we want to change the volume is to reach for the dial. It’s so ingrained that don’t even have to take our eyes off the road to do it.

The same can’t be said of looking for the right spot on the touchscreen. Plus, as many of us have learned on our smartphones, touch controls don’t work with gloves unless the fingertips have special pads just for them.

That’s why the volume knob has been making a big comeback on new models, including the latest Honda CR-V and Accord.

Do you own a car or going to buy a new car? Well, in this article I will tell you the common problems you will have with the car afterward.

You would think owning a car for you or your family may make life more convenient. Though it comes with a price, there are so many things that go wrong on random times unexpectedly. 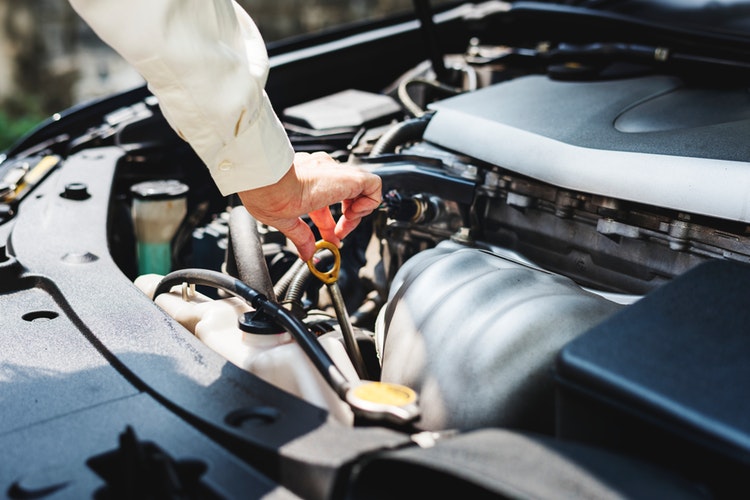 Completing routine service and maintenance is vital to keeping your car running strong. At times, car issues will arise, and every vehicle will display certain warning signs.

I am going to highlight the issues that can happen with your car frequently at any time, any place.

These were only 6 of the common problems of cars. There are a lot of them! I hope you don’t get into one but if you do, may you solve it easily.

Keep maintaining your car and keep it checked by a good mechanic time by time.