The most thrilling way to entertain yourself is by playing a video game, and when you combine it with the most thrilling genre in entertainment, whether in movies or books, horror tops the charts in all forms. Unlike anything, horror games get your adrenaline going as you strap yourself to your headset and prepare for the blood rushing in your veins. For this reason, we’ve made things easier for you by compiling a list of the best horror games you can play on your PC.

Whether you have a high-performance gaming laptop designed for adrenaline-pumping games or want to relax and enjoy some free time playing horror games on your desktop, these games work fairly easily on your system. Most horror games are based on the run-and-hide concept, which scares you with extremely graphic visuals and leaves you haunted after the game ends. Playing horror games is indeed a truly engaging way of entertaining yourself beyond mere jump scares and gory scenes in horror movies.

Your Guide to the Most Horror-Themed Games on PC

You may have heard of these new and modern horror games that are made exclusively for PC mode because of their insane popularity and trendy graphics. In fact, most of the horror games adopted on other platforms such as the Xbox and PlayStation began as PC exclusives. Here are our picks for the 5 best horror games to download on your PC today.

The Cat Lady is a narrative-based horror game that revolves around a graphic and disturbing main character – Susan – whose ghost, after committing suicide, goes around on adventures of her own in a mysterious and horrific world. With a complex plot and serious theme, this game follows a pretty basic interface that is easy to explore for first-timers. The graphics include visual scenery involving a twisted and bizarre environment and multiple game formats within the game, including puzzles and adventure quests.

It might be triggering as it deals heavily with mental health themes; hence, caution is advised. Further, the graphics are extremely bloody and gory as compared to an average horror video game. Nevertheless, for the horror genre and adventure lovers, this psychological horror game is a must-try from our list of PC games. 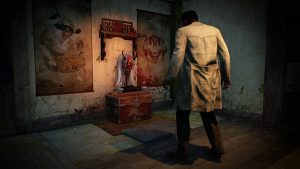 Dead by Daylight is a must-play horror-based multiplayer game, much similar to survival games but with horrific visuals, storyline and characters. This slasher survival game requires players to escape and run from grotesque villain characters from iconic games such as Resident Evil and Silent Hill. Besides PC, it is also available on Xbox, PlayStation, Nintendo, and other platforms.

As a multiplayer game, it is highly interactive and has undergone consistent feature additions since it was first launched in 2016. A relatively new but widely popular horror game, it will keep you on your toes as you fit in the role of a helpless survivor looking to defeat the horrific monsters. You can also avail of a free trial on Steam, an online gaming platform that helps you test the game before deciding to buy the full feature version using the free-to-play schemes.

IMSCARED is a pixelated nightmare game based on a real-life simulation concept where you play a pixelated game while being stalked by a White Face. It’s a fairly simple game that will leave you spooked for hours as you go on about your mystery-finding, finding adventures based on escaping nightmares, and more.

The game is very cool as it incorporates realistic elements such as suddenly opening your browser to a scary YouTube video as you play a game or opening your web browser to clues and links to maps and escape routes in the game. It is also programmed to act outside the game in different ways, such as creating a folder containing text documents with spooky or taunting messages.

This game feels too realistic due to these features, almost as if there really is a ghost preventing you from winning the game. IMSCARED game concept is similar to games like Eternal Darkness that act outside of themselves in a unique and engaging gaming world. This meta horror game is a great first-person experience at gaming, and you can download it for free on your HP Laptop.

Visage is a psychological horror game by Sad Square Studios, influenced by the insanely popular Silent Hills. This is an escape-and-run concept game in which the players become the protagonist as residents of a haunted villa trying to escape supernatural forces. It is very visually rich and includes a lot of jump scares as the player navigates the house and is greeted by supernatural entities trying to foil his escape plan by breaking light bulbs, slamming doors, and more.

This game can be truly enjoyed as you eerily roam the haunted house and are constantly bombarded with sensory terror. Hence, make sure you play it with great audio systems, such as a Bose speaker, that can enhance your gaming experience even more. It has a great user rating, with many describing it as the scariest game ever with a chilling atmosphere, rising tension at all times, and the right number of shocks and surprises.

This series of games by two Japanese developers tops the list of horror games you can play on your computer. With around 15 micro horror games under the banner, these games can be downloaded at low prices and usually last not more than a few hours. However, what makes them so popular is how extremely well crafted they are in terms of visuals, storyline, and uniqueness.

Chilla’s Art games follow a first-person experience where mundane environments are suddenly overturned into terrible nightmarish encounters with all sorts of creepy entities. It is packed with horror elements such as sudden unexplained noises and more. All in all, this game should be on the list for horror lovers, especially when there are so many to choose from.

These were some of the best horror games you can download and play on your PC for free or at low prices. Horror games provide a thrilling, engaging, and adrenaline-pumping experience that’s hard to match when it comes to a regular gaming experience by far and large. 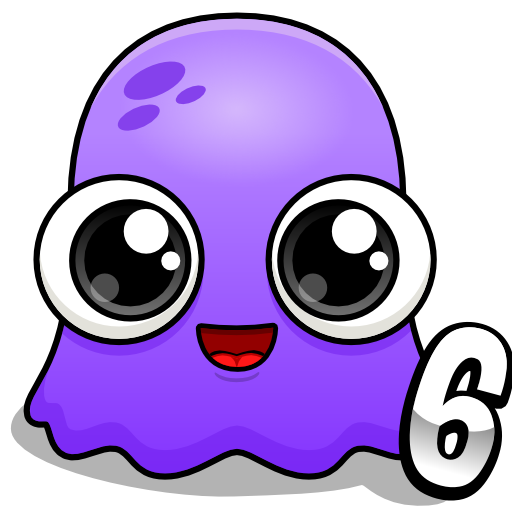